Here are my observations. I’m all for equal opportunity. I’m all for equality in a general sense. But all too often Feminism isn’t about equality or believing that the “best” person got the job. Too many times women call foul play when really they were on the Foul Post rocking it back and forth so that what should have been a clear call got all fuzzy, causing controversy.

Feminism isn’t about equality anymore, it’s about getting back at those that suppressed our voice. But I’m here to tell you, GET OVER IT! You aren’t being “Pro-Women” if you take everything that makes us WOMEN and strip it away from us. You aren’t helping your “movement” if you consistently bash what a woman is and ask her to give up those qualities.

A woman could be a stay at home mother and people congratulate her.

A woman could be a high ranking business person and people congratulate her.

A woman can be anything in between those extremes and people should congratulate her.

Congratulate women in the sense of what they truly accomplish in these capacities.

Whatever it is you choose to be…it should be something that makes sense for you and your family. Who am I to judge your familial decisions. Burning bras, not shaving, and refusing to wear dresses…doesn’t make you more of a man. It just makes you look like you’re trying too hard to be a man.

Embrace your Femininity. Be a woman. Fight like a girl. Be Beautiful and Bold. Be Smart and Sassy. Wanting something doesn’t mean striping everything you are and acting like the “competition.” It means taking your lemons and making lemonade just like everyone else does!

I’ve recently had a birthday! Next year I’ll be 30. Now people have been saying,”oh, next year you’ll be old!” Or “30’s the age you start lying about your age.”

Well I’m excited to be thirty. I’m excited that I’m getting older. I’m excited for the experiences I’ve had and the life I’m living. So today is the day I start my blog. It will contain my adventures and as I’m a sister, mom and wife it will probably contain a lot of adventures with my family!

Getting older doesn’t mean life loses it’s excitement, just means that sometimes life takes you in a direction you never thought of before, or you need to get out of your rut and make something happen.

So a little about me. I’m Ashleigh. I’m your average 29 year old. I love to cook and read. I also really enjoy television ( which I think people are always scared to admit, but hey we don’t have 1000s of tv channels because everyone’s outside or exercising like they should). I’ve been married for 2 years to Jeremy. He’s tall, smart and thoughtful. I kinda like him. 🙂 We have a son, Henry. He’s little and adorable and mostly a happy camper. We are also members of The Church of Jesus Christ of Latter-day Saints (LDS or Mormon). This is my place to vent, think, and brag (mostly about Henry). There will be no censoring or holding back because it might be hurting someone’s feelings. This is where I’m real and I’m going to be real straightforward and not politically correct most of the time. I hope you enjoy! Let the adventuring begin. 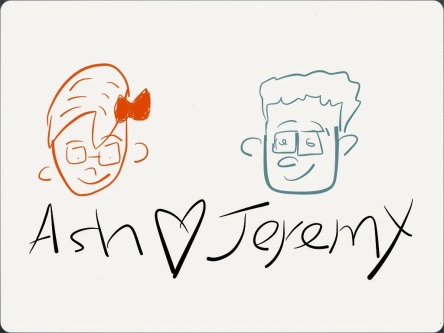